You are here: Home1 / Our Pastors

For as in one body we have many members, and the members do not all have the same function, so we, though many, are one body in Christ and individually members one of another. Romans 12:4-5 ESV) 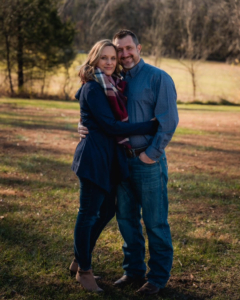 Growing up in a suburb around St. Louis, Jeremy married his high school sweet heart a few months after graduation. After finding Christ, Jeremy resigned from restaurant management and sought work that would allow him to be at church every Sunday. Just a couple years later he recognized a call that God put on his life for full time pastoral ministry and a year later he became a full time youth pastor at the Arnold Church of the Nazarene where he served three years. After receiving a call to pastor his own church, Jeremy went on to pastor in the Church of The Nazarene for over 8 years.

Pastor Jeremy was hired in September of 2012 to pastor a brand new work, Cornerstone Church, in Kirksville, Missouri. On April 19th, 2015, an ordination ceremony was performed to officially consecrate Jeremy, to set him apart in his duties as the official pastor of Cornerstone Church.

Pastor Jeremy and his wife Shonda have been married for 26 years. They have three children & one grandchild.  The Broach’s really enjoy being a part of the Kirksville area.

For as in one body we have many members, and the members do not all have the same function, so we, though many, are one body in Christ and individually members one of another. (Romans 12:4-5 ESV)

A lifelong Kirksville resident, Chad Stearman was hired as Associate Pastor of Cornerstone Church as in August 2019.  After high school, he spent 2 ½ years at Northwest Missouri State University, then moved back to Kirksville and completed a Bachelor of Science degree in Exercise Science at Truman State University in 2008. Before being called into ministry, Chad spent several years in the restaurant, public recreation, and sales industries. Chad was married in 2007 to his wife Kendra, who hails from the St. Louis, MO area.  Chad and Kendra have two children.  They have been serving the Lord together in the Kirksville area for almost 15 years.  After spending nearly 6 years serving as lay leaders, youth leaders, and serving in worship at a church in Brashear, MO, the Lord led Chad and Kendra to a new ministry in Kirksville called Cornerstone Church.  Chad and Kendra served as the first youth ministry leaders of Cornerstone!   Chad has a deep passion to see the Church serve the purposes God has called it to in the Scriptures and to love on God’s people and see them encouraged to effectively get the Gospel to a world that desperately needs it.  Pastor Chad currently oversees the Children, Youth, & College ministries at Cornerstone Church.

Chad’s pastimes include following his favorite sports teams (the Kansas City Chiefs, the St. Louis Cardinals, the St. Louis Blues, and the Missouri Tigers), spending time with his wife, trying to keep up with his children, spending time with close friends, playing games, longing to be in the mountains of the American West, despising winter, and desperately hanging on (in his mid 30s) to what little athleticism he had to begin with! 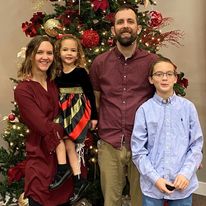